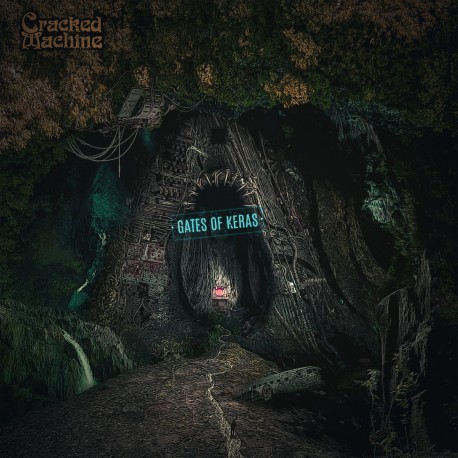 "Suffice to say, it is an album of breathless intensity, and highly recommended for all lovers of psych and instrumental rock." - ECHOES AND DUST

Originally formed in Wiltshire in 2015 by guitarist Bill Denton, Cracked Machine is a quartet of experienced musicians brought together in a quest for aural mayhem. Known for their commanding live shows, since their formation the band has shared stages with the likes of The Spacelords, Deaf Radio and Qujaku. Following the release of their debut album, I, Cosmonaut, the band wasted no time in releasing an exceptional follow-up. Featuring hook-laden guitars that conjured soaring post-rock vistas, The Call of the Void (PsyKa Records) presented a huge progression in the band's song writing and showcased a leaner, meaner, and ultimately, heavier sounding machine.

With the band currently writing and discussing new concepts, the quartet will enter Mooncalf Studios in November and join forces with Kozmik Artifactz (Forming the Void, Spaceslug, et al) to release their third full-length in 2020, with the final mix and master being handled by Mos Generator/Stone Axe's Tony Reed.

"Things are taking shape nicely," explains Denton. "We have a concept, plenty of musical ideas and a lot of focus. Our writing process has evolved naturally and we've fallen into a more disciplined approach to writing. The structure of how we are working has actually given us a greater freedom to explore and develop ideas so there's a very healthy level of intensity and focus in the Cracked Machine camp at the moment. We're all super-keen to deliver the best album we can."